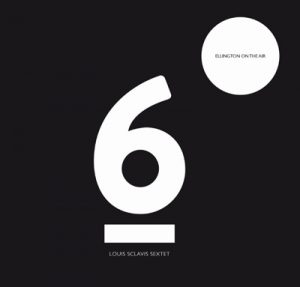 Released in 1992 Django d’or 1993 in the category “Best French jazz record of the year”, the disc was no longer available. Ouch! Records proposes it, for the first time, in vinyl and only vinyl.

Intended as a sequel to his sextet created in tribute to Duke Ellington Jazz Festival in Paris, the disc is recorded at Studio Gimmick, in Yerres in 1991. Next to Louis Sclavis: Yves Robert (trombone), Dominique Pifarély ( violins acoustic & electric), François Raulin (piano, keyboards), Bruno Chevillon (bass) and Francis Lassus (drums).
Ellington on the air is much more than a tribute to Duke Ellington: it is a true recreation. As Louis Sclavis reminds himself: “Neither parody or embalming, but presence, starting point, thread, inspiring

Ellington on the air

This sextet, with whom I created two programmes and played during ten years was for me the ideal group, as much for its instrumentation as for the musicians’ personalities.

The disk « Les Violence de Rameau » is still available on the ECM label but the first project at IDA records has long stopped to be published.

I always felt close to the music of Duke Ellington and the sound of his orchestra. His suites in particular, as for Beethoven’s symphonies, have told me familiar stories since childhood.

The desire to confront myself with his music came naturally to me. That is why I spoke to André Francis at the time who followed me in this project which was performed in 1990 for the first time at the Festival de Jazz de Paris.

When Lionel Martin asked me if I wanted to suggest one of my projects for his vinyl editions, I thought about this one, which is perfect for reissuing on this format.

Philippe Tessier Ducros, who had recorded the project, remastered it remarkably: the sound is much better than on the 1991 CD edition and this work alone justifies completely the new edition.

After having played this project for so many years, in so many countries, and at so many festivals, continuing to keep it alive is a great pleasure for me. It is also a way of staying tuned with this music, this marvellous sextet, and its talented musicians and composers.

Django d’or 1993 in the category « Best French jazz record of the year », the album Ellington on the air of Louis Sclavis Sextet, published on the IDA label Philippe Vincent, sees again the day. These goldsmiths of scores around the world of Duke, made and served by peerless instrumentalists, were recorded at Gimmick Studio, in Yerres in 1991. Remastered brilliantly, recording vinyl released in 500 copies, on the new label promising Ouch! Records. A digital version will also be offered by Cristal Records.

Buy Ellington on the air