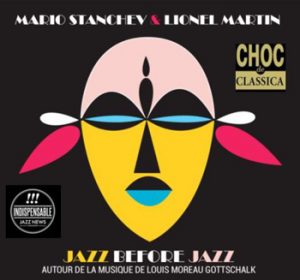 There is no doubt that the adventurous character of Louis Moreau Gottschalk has seduced Mario Stantchev and Lionel Martin, but more so it is the mixed character of his music that led them to gather around his music.
Louis Moreau Gottschalk, who was born in New Orleans in 1829, is one of the (great) fathers of jazz; The temptation is strong to see in him the “missing link” linking western scholarly music and what will become jazz a few decades after his death.

Gottschalk is not only the prodigious pianist, trained in Paris in the purest romantic tradition, but also the first composer to have incorporated the rhythms, harmonies and melodies of the whole southern part into European musical technique Of the United States: the sound of slaves, Creole and Caribbean music, Iberian and Latin American music.
From piano melodies by Gottschalk, pianist Mario Stantchev and saxophonist Lionel Martin bring their experience of jazz, classical music, traditional Bulgarian and African music, rock …. 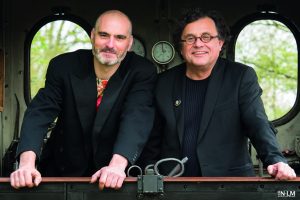 Mario Stantchev and Lionel Martin took the good part of choosing Gottschalk to escape in the distance; And definitely, the genius of jazz, it’s good to reinvent music every time.
Xavier Prevost

The delicate paradox of a return to the future where jazz illuminates the romanticism greeted by Chopin, Liszt, Berlioz, Victor Hugo or Théophile Gautier. Success is probably as much due to the straight and classical sound of Martin as to Stantchev who does not abuse jazz traits too marked, yet discreetly revisits the history of jazz by going to draw in this repertoire before his invention.
Jean Jacques Birgé Mediapart